Lucky Restaurant has 2 USP's. The first is the M F Hussain original that hangs in the restaurant and the second is the graves and trees around which this tea shop has come up which are now a part of the Cafe. 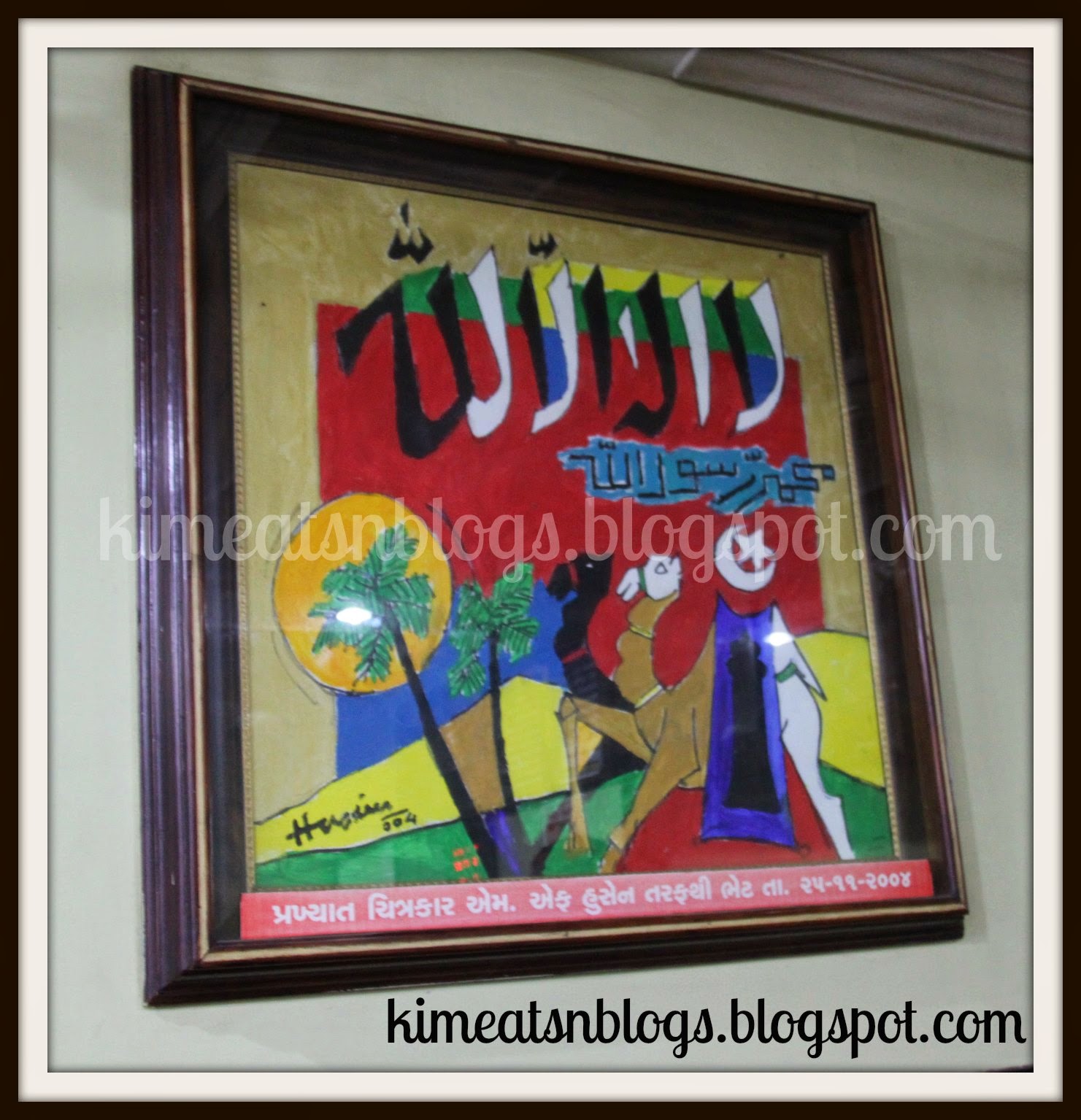 The Hussain original was a gift from the painter himself who supposedly loved their chai so much, that legend goes that as soon as he touched down in Ahmedabad, he would head straight to this kitli - Chai shop for a cup of tea.

Lucky was originally just a kitli / laari guy who had set up his space for tea and bun maska in the middle of the graveyard opposite Siddi Sayyid Jaali. He has now built multiple restaurants in this area and the owner credits the spirits of the graves for helping him achieve his success. 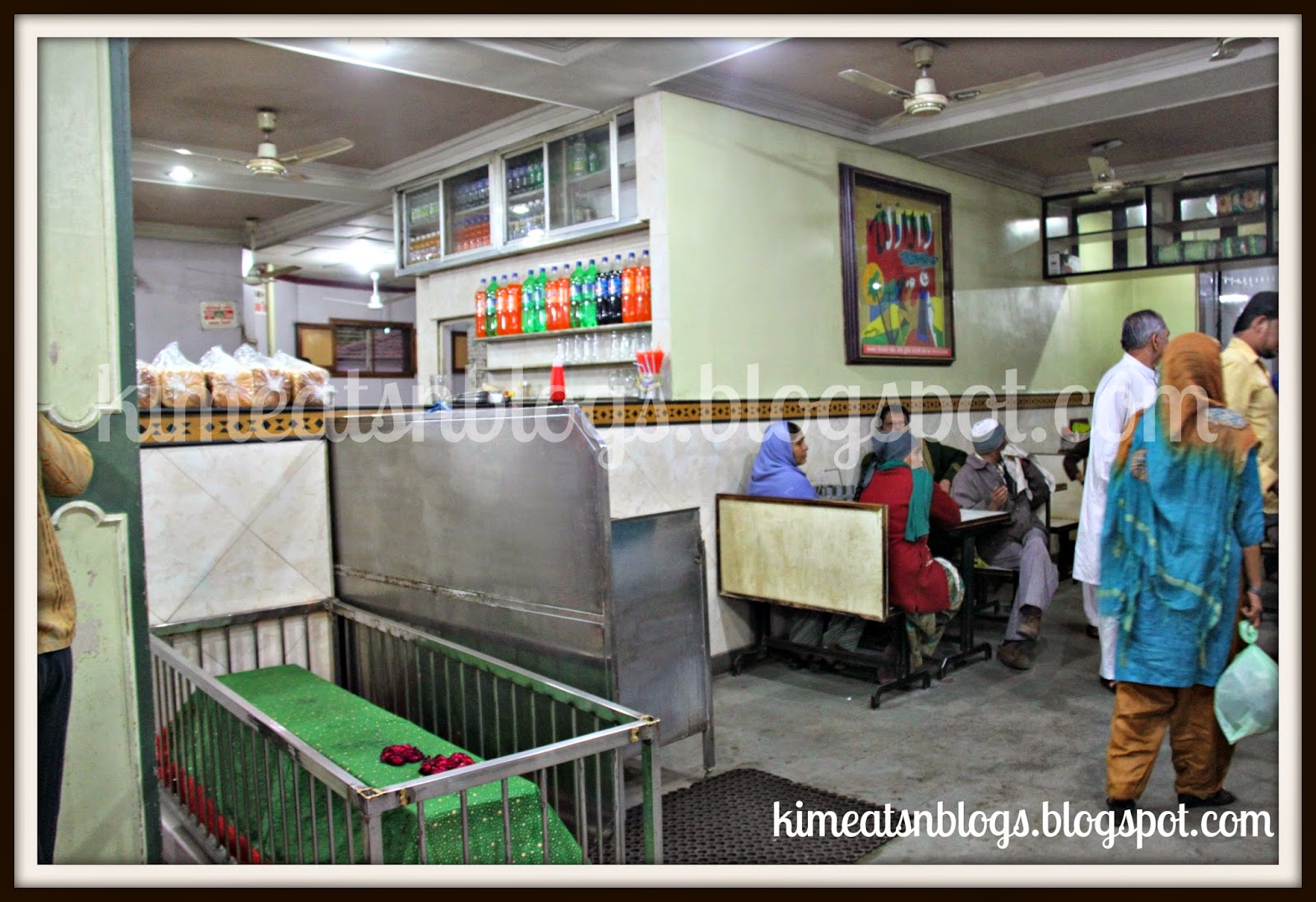 There have been exaggerations in the press that customers sit on gravestones to drink their tea, this isn't true. Each grave is cordoned off with a bit of fencing, covered in a Holy cloth and the staff offer flowers, prayers and burn incence to honor the people whose graves are a part of the restaurant. There is however a tree which grows through the restaurant, space has been cut out of the roof, to let it grow unimpeded. 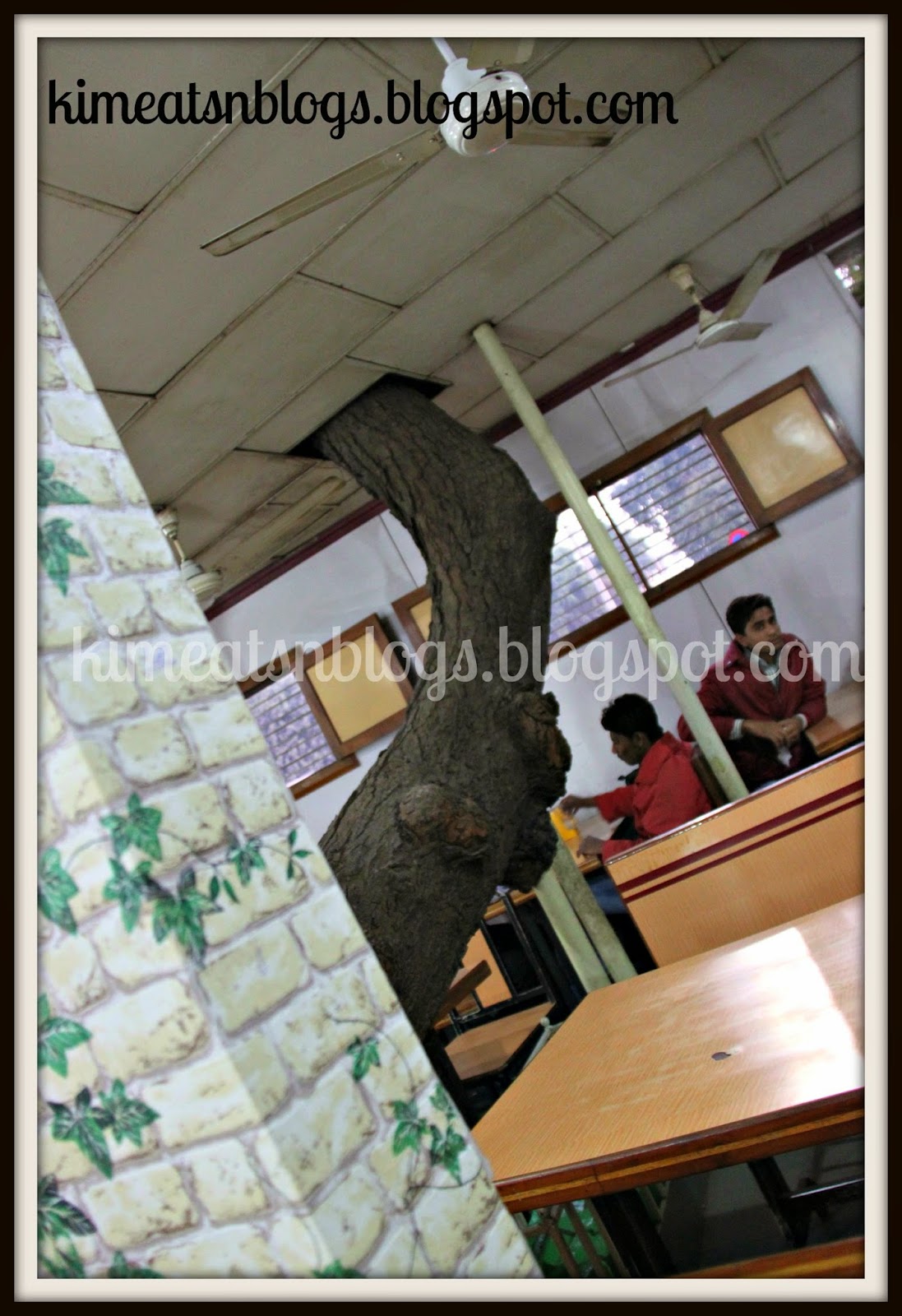 The tea is average (according to my tea drinking family), nothing very great and to see it slopping down the sides of the cup and into the saucer before it is even served (while its a common sight in Gujarat) is disgusting. I'm told by long timers that the quality of tea has steadily deteriorated over the years. 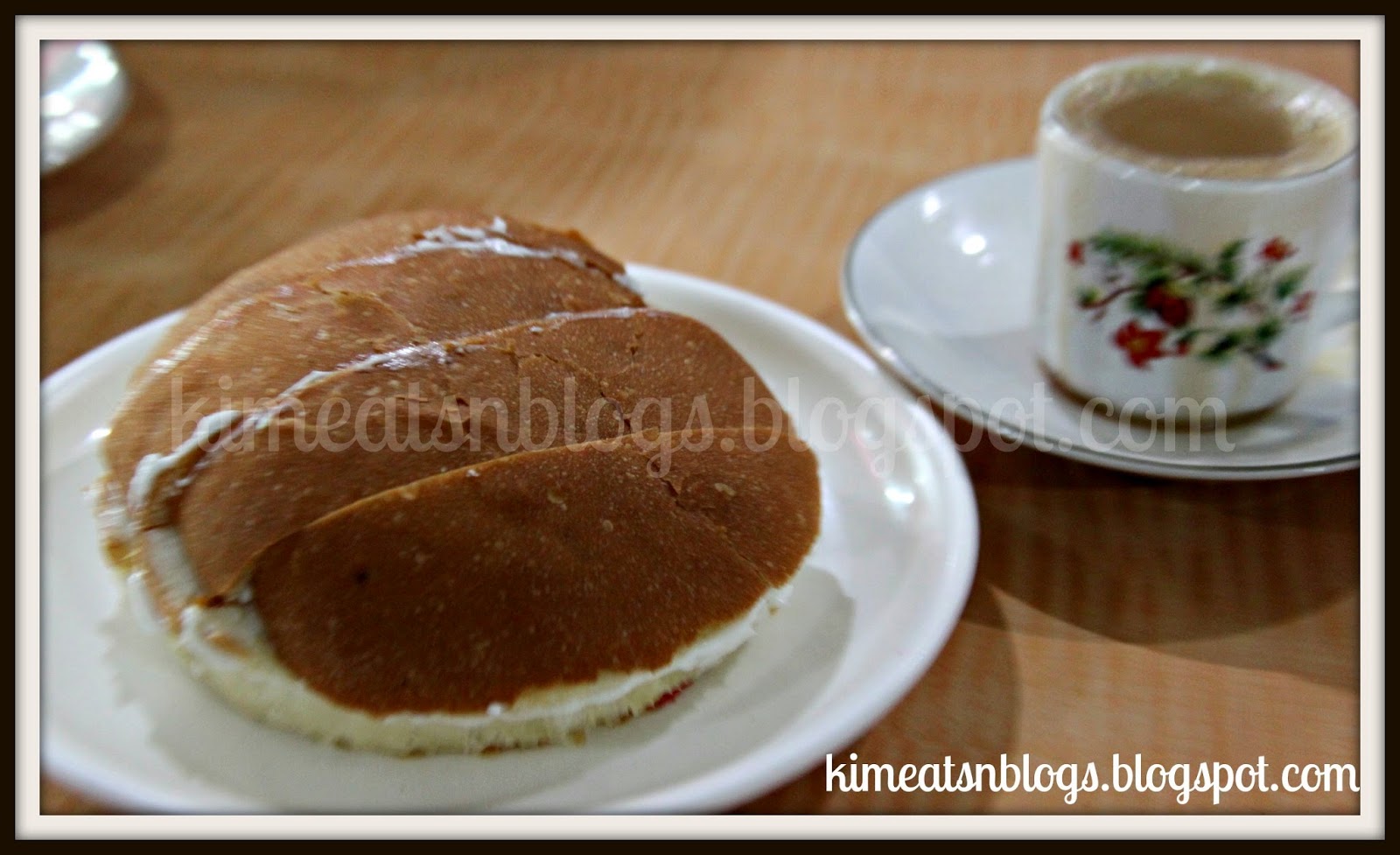 However, the reason I keep returning here is because for me, Lucky Tea serves the BEST MASKA BUN in the city. It has to be eaten on the spot, or in a couple of hours. If you let it stand overnight, the butter just dissolves into the bread in the Ahmedabad Heat and if you refrigerate it, the bun loses its airiness. Its beautifully churned fresh white butter slathered onto an airily soft bun.

The best time to pick up this bun, is before heading out for a walk in the old city area, then you don't have to feel guilty about the amount of butter consumed.

They offer 3-4 varieties of homemade jam too - mixed fruit / pineapple etc. But I've never liked jam, so I prefer just the plain bun maska. I did try the bun maska with mixed fruit jam once, but it was way too sweet for me. Maska bun with jam is 22/- and without the jam is 25/-. They have lovely packaging of the bun maska for takeaways. Its enclosed in a hermetically sealed plastic pouch.